Start a Wiki
Jade Richman is a main character on Glee Wiki: Under The Spotlight. She is currently a freshman at William McKinley High School, where she actively participates in the school's glee club, the New Directions.  She is first introduced in the pilot episode, Welcome to the Choir Room.

She is portrayed by user JadeGagaOlly.

Welcome to the Choir RoomEdit

"We need something so big and glamorous. Like us."
- Drew Morgan to Jade Richman in Welcome to the Choir Room

Jade is first seen with her best friend Drew walking down the halls of McKinley High determined to find something that will make them shine and be stars this year. They search through the notice boards and eventually by accident, come across the New Directions. The two audition for the glee club with Who You Are/Blow Me (One Last Kiss). Kerwin is stunned at the mash-up and it is later found out that the two are accepted into glee club.

The Sting of a SlushieEdit

"Hit me with your best shot!"
- Jade Richman right before getting slushied by Juan Bainbridge in The Sting of a Slushie

Jade is once again accompanied by her best friend Drew, and they playfully hug. Drew soon notices however that Jade seems to be acting slightly different around him than usual. Soon after, Gauri erratically slushies Drew, and Jade helps clean up her soaking friend. They then walk to class together, with Jade carrying his books and bag. When the next day arrives; Jade, Drew and Gina turn up 10 minutes early to Glee Club, presenting Kerwin with an idea, this happens prior to Skyler's audition. The following day, the New Directions perform for the school in an assembly, Jade and Luke sexily taking the leads of She Wolf. Disaster then strikes though, and Jade is seen screaming as a spotlight comes tumbling down on Trae.

Later on in the episode, Glee Club members including Jade herself are being threatened by Danny, Andy and Juan with slushies. Jade bravely tells them to hit her with their best shot, however this results in disaster. Jade was doused in green slushie and fell to the floor. This had a bad effect on her, she began to break out in hives and was swelling up, before blacking out.

Following the incident, the scene switches to Jade at the hospital. She was deep in a coma as she is deathly allergic to the lime in the slushie. As Drew and Gina visit her bedside, they begin to sing Live To Tell/Poker Face, which Jade joins in as part of a dream sequence.

Finally, as Gina is having problems with her personal life and is holding a knife to her wrist, she hears her parents fight and begins to imagine Jade singing Diamonds.

"It'll be okay. Help is on it's way."
- Drew Morgan to Jade Richman as she awakens from coma in What the Heart Wants

Jade is noticably absent from the first segment of the episode at McKinley due to being in the hospital. Later on, Drew hatches the plan to instead bring valentines day to his sick friend. Drew, Luke and Gina begin to sing Don't Wanna Miss a Thing to her, with the remaining New Directions members joining in at the chorus. After the New Directions later leave, Sis comes into Jade's room and places a bunch of flowers in a vase for her.

Later on in the episode, while Drew is thinking about Jade, he decides he has another idea to present to her at the hospital. He arrives at the hospital, placing photos of the two on her bedside table, as well as a decor he'd handmade, that exclaimed JADE, with everybody's signatures written onto it. He then takes Jade's hand and begins singing an acapella rendition of Truly Madly Deeply, in which a flashback of the two occurs of more happier times. However, during the ending of the song, Drew feels movement from Jade's hand. He is shocked, and calls the nurse. Jade faintly calls out Drew's name and slowly begins to open her eyes again. She is at last awake.

"Sorry Drew, I can’t believe you didn’t tell me. You know how I felt about you and you led me on none the less. What kind of friend does that?!"
- Jade Richman to Drew Morgan in Behind Those Eyes

At the Glee Club meeting this episode, Kerwin welcomes Jade back into the club now that she has recovered. Her next appearance occurs when Gina approaches her, and informs her that she needs to tell her something. After this revelation, we later see Jade pushing Drew away, which is not normal behaviour. She reveals that she knows that he is gay, and that he kissed Skyler. Jade is shocked that Drew hadn't told her as they were inseperable, and she also felt that Drew knew that Jade had liked him as more than a friend, and had led her on. Jade then bitterly walks off.

During scenes involving Sis, the scene switches to Jade in the auditorium, where she sings Skyscraper about her unrequited love for Drew, in which Sis and Drew sing in too. Later on, we see a small interaction between Jade and Sis, with Jade unfortunately saying something negative about her, and getting a lot of abuse back in return.

Jade loves to sing, and expresses her talent as part of New Directions. She is a caring girl who always looks out for her friends.

Jade is best friends with Drew Morgan, but develops a crush on him. The crush is however unrequited, as Drew is gay.

She Wolf (The Sting of a Slushie) (Luke)

Since U Been Gone (The Grief of Acceptance) (Drew)

Skyscraper (Behind Those Eyes) (Sis and Drew)

Solos (In a Group Number)Edit 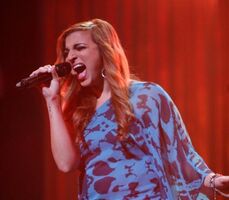 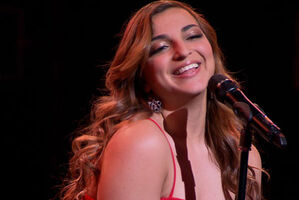 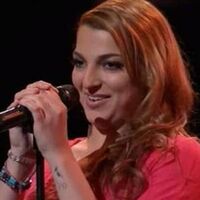 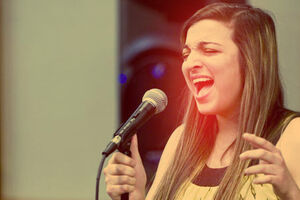 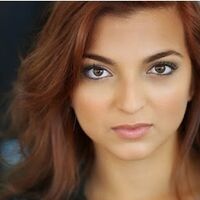 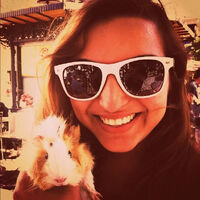 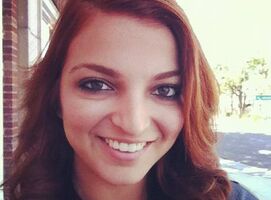 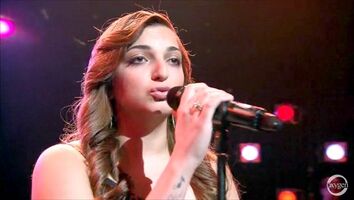 Add a photo to this gallery
Retrieved from "https://glee-wiki-under-the-spotlight-fanfiction.fandom.com/wiki/Jade_Richman?oldid=9305"
Community content is available under CC-BY-SA unless otherwise noted.